DouMa was created by Eliecer Rodriguez and his wife Carla who met in 2006 at the University of Baja California where they both studied Gastronomy.  The name DuoMa, which they created, refers to their collective philosophy that “two hands, working together, can create great things.”

Although their productive is small by even boutique winery standards, DouMa from the beginning has been focused on producing small lots of expressive, honest wines that demonstrates the signature characteristics of the fruit grown in the region and Baja California’s unique terroir.

During the winemaking process they seek to strike the perfect balance between minimal intervention and modern enological techniques, all while being done by hand.

After years of hard work, sacrifice and struggle, in late 2019 Eliecer and Carla proudly completed construction of their own Bodega in in the El Porvenir region of Valle de Guadalupe.  This is a perfect example of what can be accomplished when two sets of hands work together! 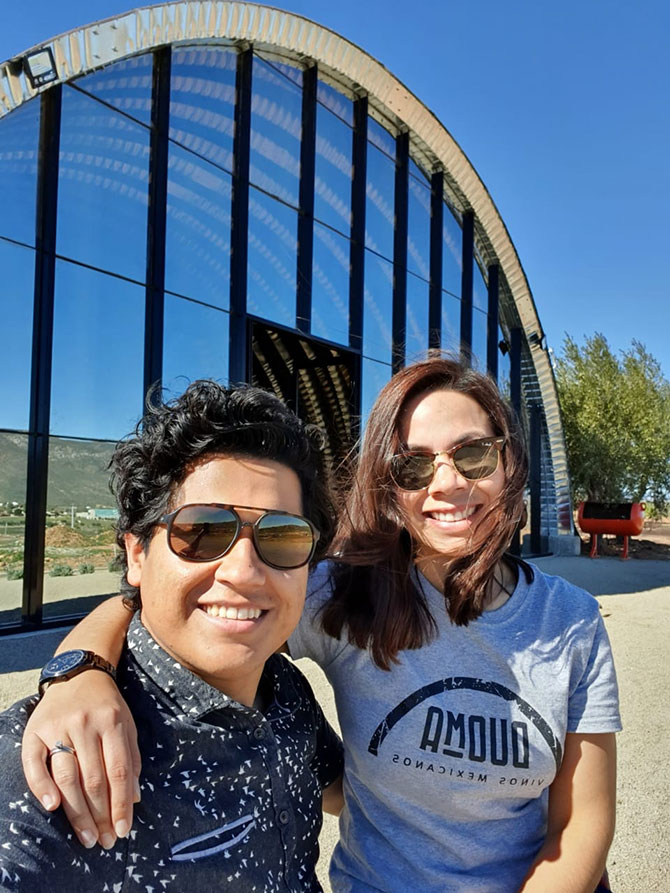